As I meandered through my research, I kept thinking about what skill set designers could bring to the inequality problem. At the most fundamental, we deal in form, color, grids, and... type. With a healthy dose of creative thinking, fonts could be seen as behaving like cryptocurrency—they are bits of code which both sender and receiver need to have installed on their computers in order to see the fonts live, and they have a shared value to those users. What if you combined the motives inherent in local currencies with the technology of cryptocurrency, the mechanics of digital payments, and visual form of fonts? You might get a new system for local digital currencies that allows communities to set up their own network for exchange, where value is expressed both in numbers and in the form of the numbers. By creating a platform for a flexible system, different communities could build economic empowerment and self-reliance (similar to BerkShares and the Bristol pound) or develop a platform to exchange goods and services that are outside of formal markets (similar to the Spice network in the UK). Establishing the currency and its value would be in the hands of the individual groups using it rather than big global data hungry corporations. And similar to the Swiss franc, the visualization of the money can reflect community identity.
Using a different font for the numbers in each currency, means that the money for each community group is unique: the community gets to choose what their exchange looks like and their currency looks different from the next community. Money doesn’t have to look the same for everyone and for every purpose. Digital balances can have meaning besides just the number displayed: a value of 10 between office mates will look different from 10 exchanged at the local market; a heavy font could be selected for something important, a playful font for exchanging with friends. And Harriet Tubman can finally get her own currency. 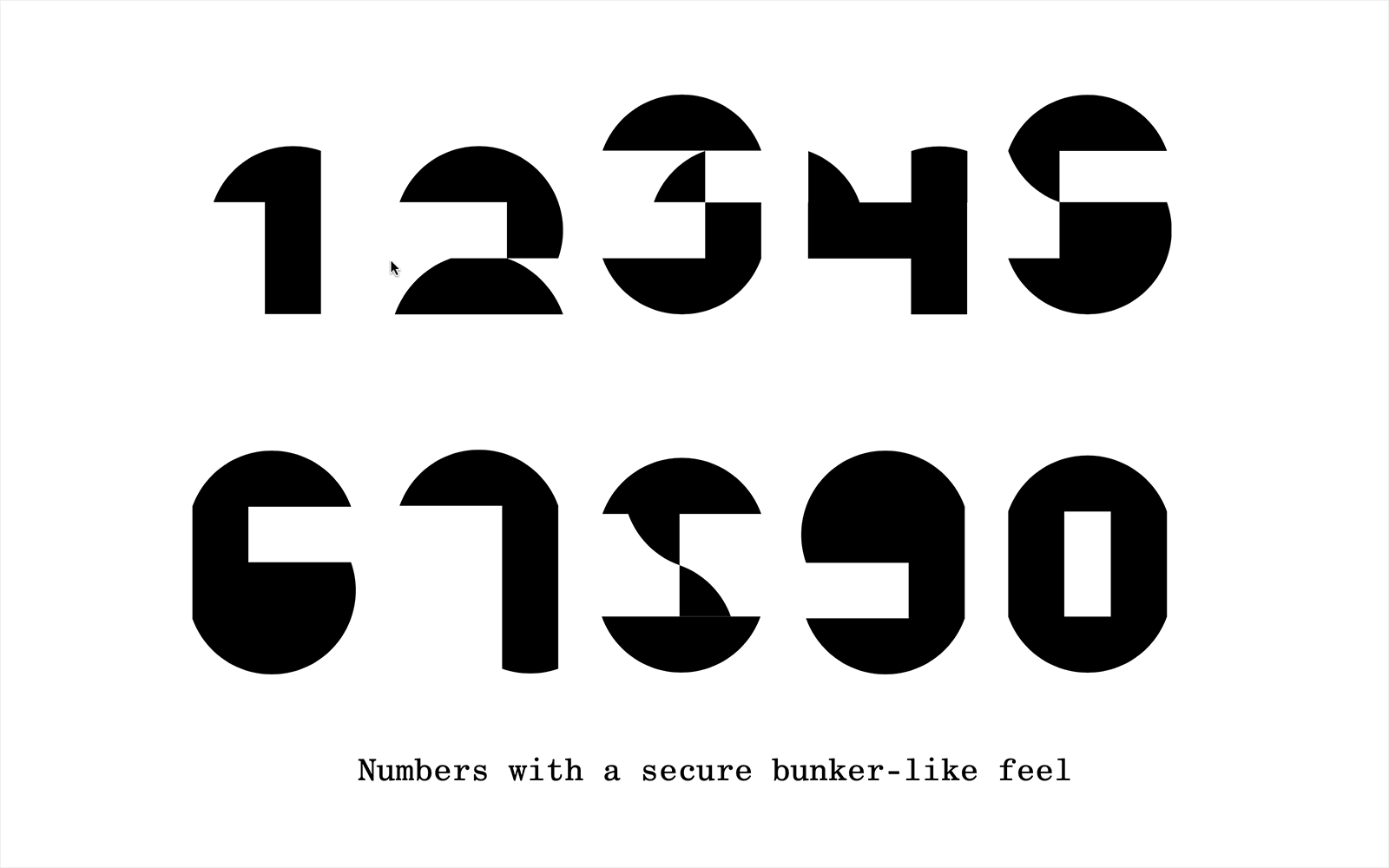 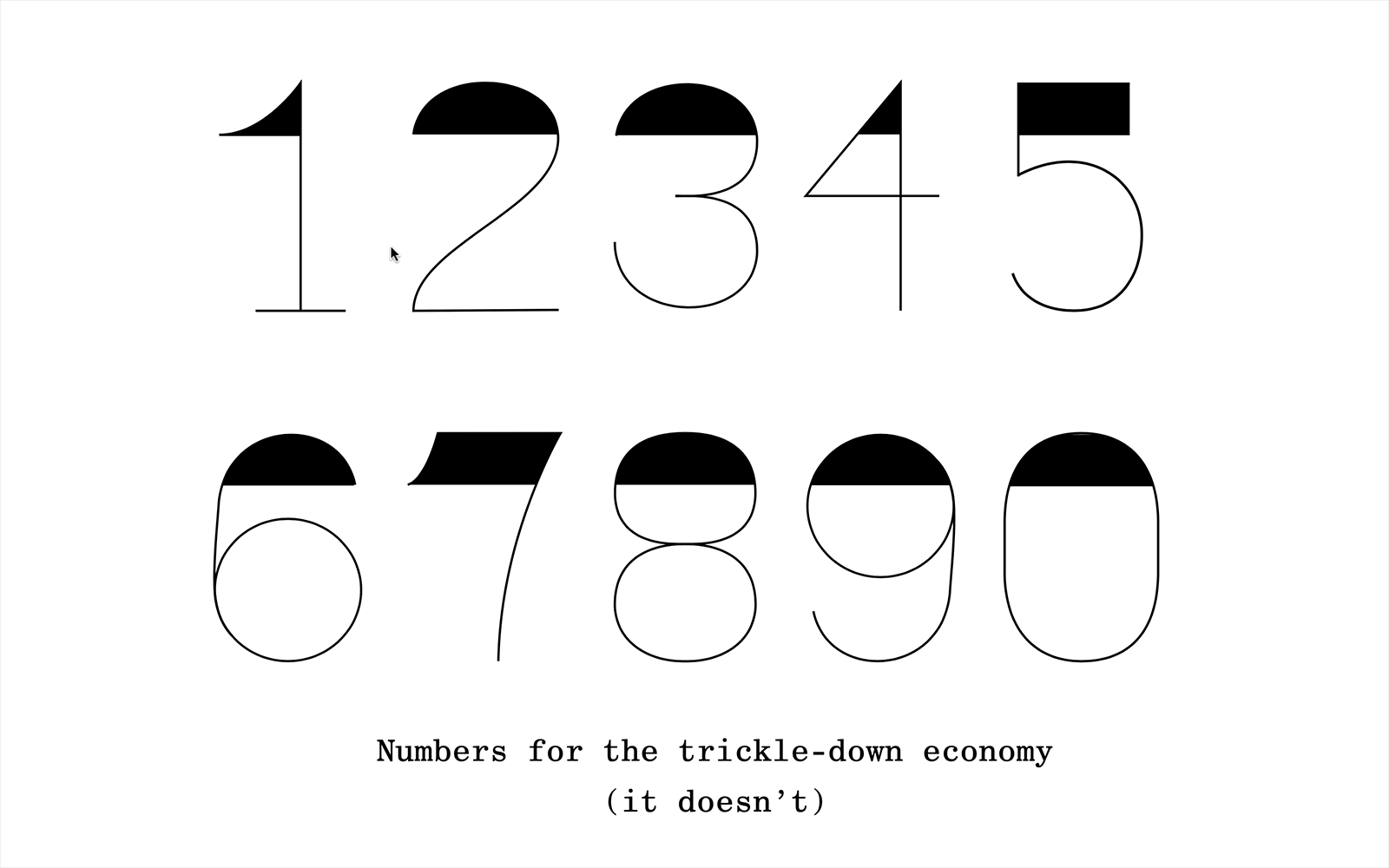 People have long thought of money in different ways—money in a savings account is treated differently than a Holiday bonus, credit card debit is thought of differently than a loan to a friend—font money would allow people to see it differently too.
Recently, I find myself drawing a lot of 2s. It seems infinite how many variations you can make while still being legible. Of course, as people start to form exchange communities and choose their own font, people will choose what has value to them.
Does this solve financial inequality? Hardly. But I can’t help but think if there was a consistent yet flexible system for people to set up local exchanges we would inspire more community industry, pay people for work that is often unpaid, be less dependent on big corporations, be able to loan money to neighbors, and be able to see our exchanges as relationships between people rather than between banks. If we can actively participate in creating currency, will that help us see money differently? And would that affect our how we value objects, time, and our fellow human beings?
Continues in class ...
April 13, 2021
Time as money as fonts