This is Muriel Cooper [↓] speaking at the 1994 TED conference in Monterey, California. 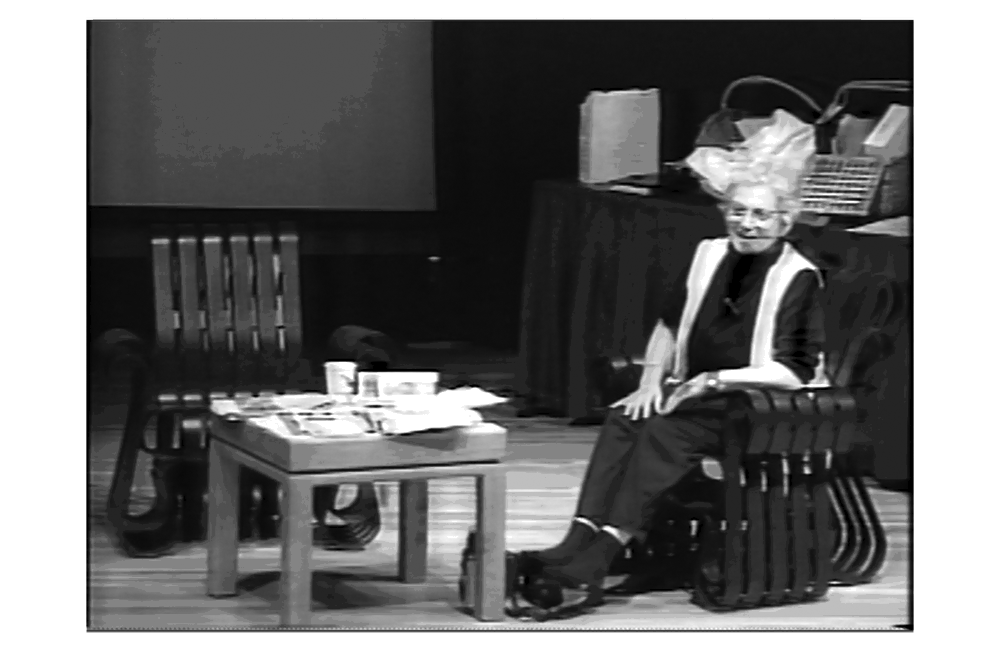 It was the fifth edition of the Technology, Entertainment, and Design conference founded by information architect Richard Saul Wurman, a close friend and colleague of Cooper’s. The TED conference drew heavy hitters from the overlapping worlds described in its title. Cooper was there to show the most recent interface design work coming out of the Visible Language Workshop in the MIT Media Lab, which she directed. Muriel Cooper’s loose but lucid TED talk looks a thousand miles away from the stage-managed, rehearsed, slick, and clickable TED talks on the internet today.

Muriel Cooper: Thank you. I have a couple of—can you hear me? I have a couple of personal things in characteristic with the TED philosophy. First of all, I’m testing the boundaries to see how truly comfortable one can make oneself here. She takes off her shoes and continues,

Our goal has been for a very long time to try to examine in the so-called emerging technologies what the new form and content of design, of communication, might be. And to that end for many years we have been building sort of prototype visualization tools that would allow us to do something that seems relatively intuitive in order to say “What if we did this, then what would happen?” but to really visualize this stuff in as tight and iterative loop as we possibly could. So we’re looking for the new design principles, umm, we’re not at all sure what they are ...

The talk proceeds in a knockabout fashion as Cooper and her student, David Small, eventually launch into a live demonstration of Information Landscapes, the most recent, and most exciting, work in the Visible Language Workshop. The software demo also goes around in circles a bit, but the work was overwhelmingly convincing to the audience. Spontaneous applause, and even an audible gasp or two, punctuated the presentation. Afterwards, audience member Bill Gates requested a copy, the work appeared on the cover of the design trade magazine I.D., with an article by Janet Abrams, and speaking requests piled up. This work seemed to be everywhere when I was working as a young interaction designer at IDEO San Francisco at the time. I’d like to come back to this work in a minute, but first some background.
Muriel Cooper worked at Massachusetts Institute of Technology in various capacities over 40 years. MIT at the time was an overwhelmingly male and technical environment, and this made her work all the more difficult and important. Cooper asserted herself within this homogenous, community. Here’s a picture [↓] capturing a not unusual scene. 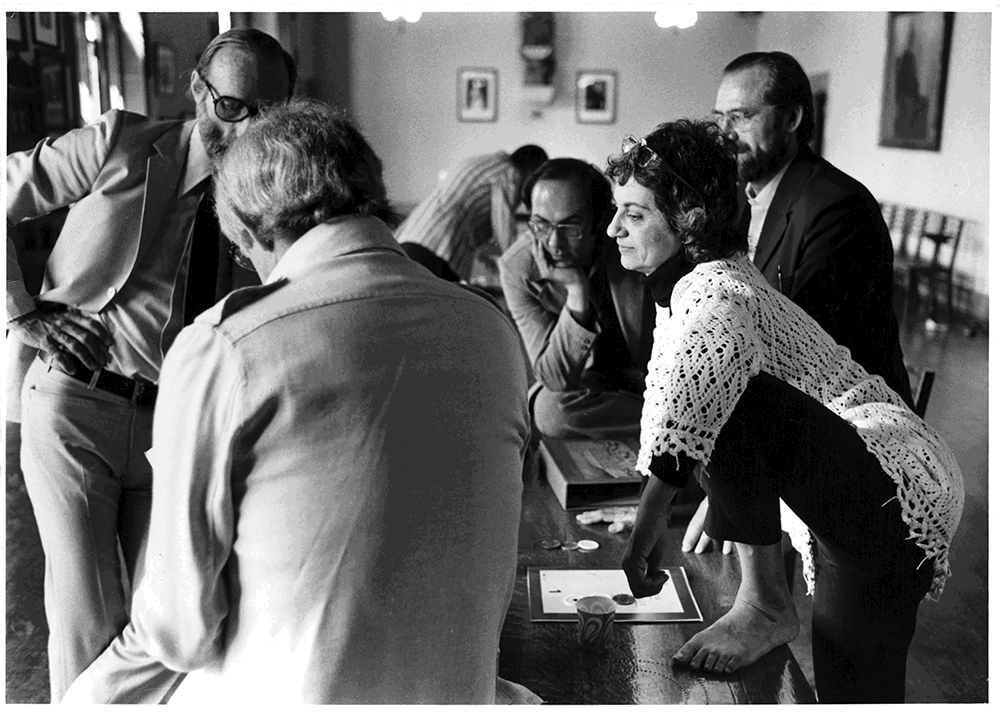