Camillo Olivetti [↙] was born toward the end of the 19th century in Ivrea, in the northwest of Italy. 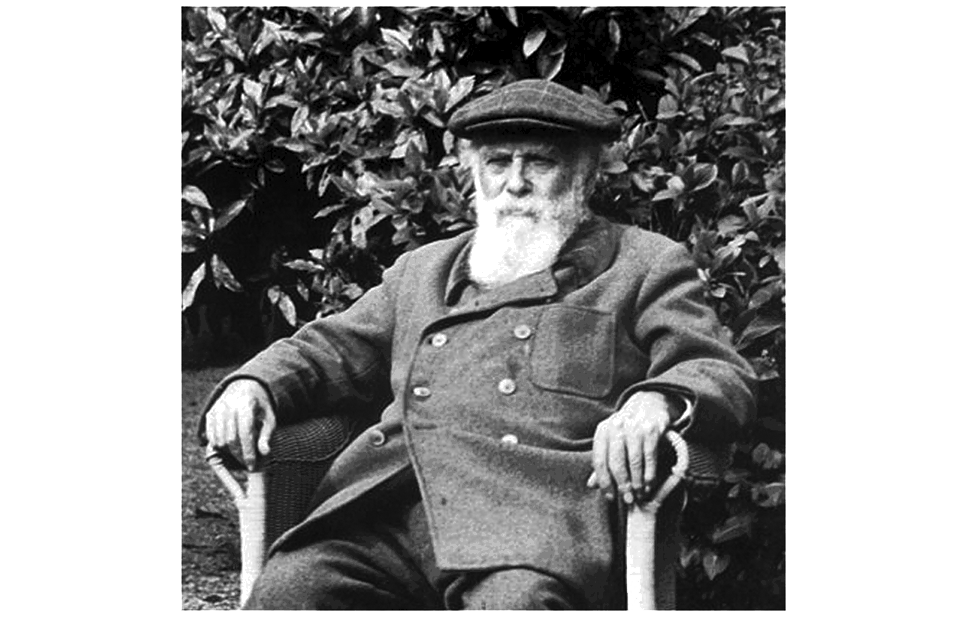 He studied to be an engineer in Turin and left for what we now call Silicon Valley on a fellowship to Stanford University in the electrical engineering department. While there, Olivetti came across a new American invention he had not seen before: the Underwood mechanical typewriter. Olivetti was intrigued. He returned to Ivrea after completing the fellowship and joined up with a couple of childhood friends to set up a new company called Centimetro, Grammo, Secondo to manufacture precision instruments for measuring distance, mass, and time. This was a moment when manufacturing was ramping up in the industrial corridors of northern Italy, so precise devices to measure calibrations of finer and smaller degrees were in demand. It was also important to Olivetti to do this both with his childhood friends and in his hometown—he felt instinctively that a business has a direct responsibility to the context in which it operates. If successful, the company would provide jobs and prosperity to Ivrea. However, it wasn’t.
And so he returned to California for another stint at Stanford. This time he looked into the typewriter more closely, managed to make contact with people working on the machine, and returned to Italy with a complete set of blueprints. Olivetti set up another new company, the Olivetti Typewriter Corporation, which would design and manufacture the machines. Related to his thoughts on the responsibilities of a company to its context, he also believed it was important to understand typewriters within the *cultural context of writing,* the way that writing affects society and conversely, the way in which society shapes writing. Writing mechanistically changes things: you no longer use your own hand, one letter might look like another, the machine might even make writing more like factory work. So, although he had the blueprints for the machine, being an engineer Camillo redesigned it from the ground up.
The Olivetti typewriter [↙] was a completely different type of writing machine, one whose design aimed to make writing with it more individual, more pleasurable, more human. 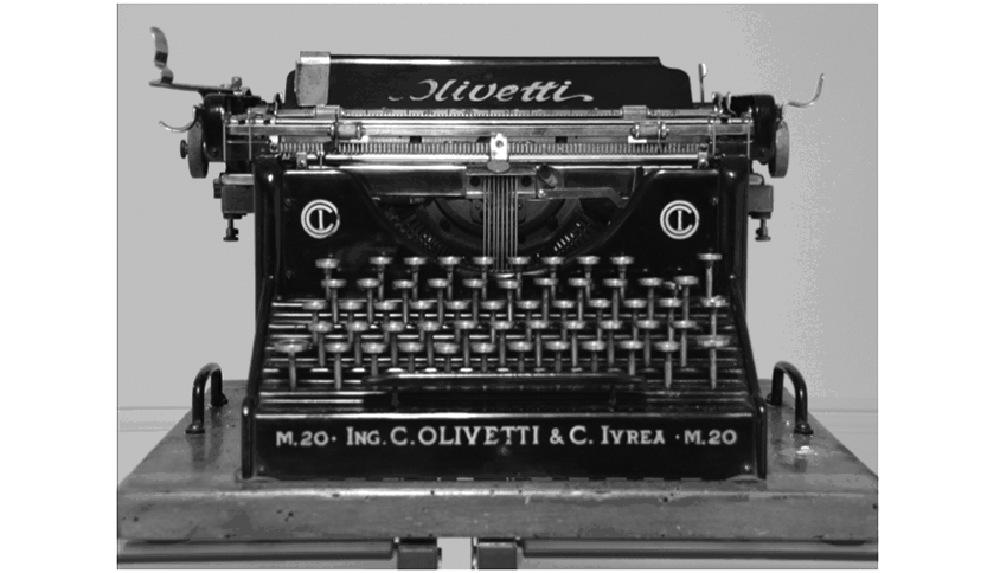 The Olivetti company became pretty successful pretty quickly and built a larger factory. Alongside the idea that its typewriters might make writing by machine more human, Olivetti also thought that the company must do something positive for its workers—provide jobs, produce an economic base for his hometown. Famously, the new Olivetti factory building was designed with large windows that face the Italian Alps so that the workers might look at the mountains as they assembled typewriters. Olivetti debuted the typewriter at the Turin International—a kind of World’s Fair dedicated to labor and industry—in 1911, where they showed not only the typewriters but all of the tooling and process plus biographies of the factory workers. It was, and remains, a distinct approach, a convincing approach.
Continues in class ...
February 7, 2022
Olivetti’s Interfaces