I want to talk about a design research project that I worked on for the first half of 2017. The main protagonist is Bruno Munari and this will focus on one particular work I find particularly rich. 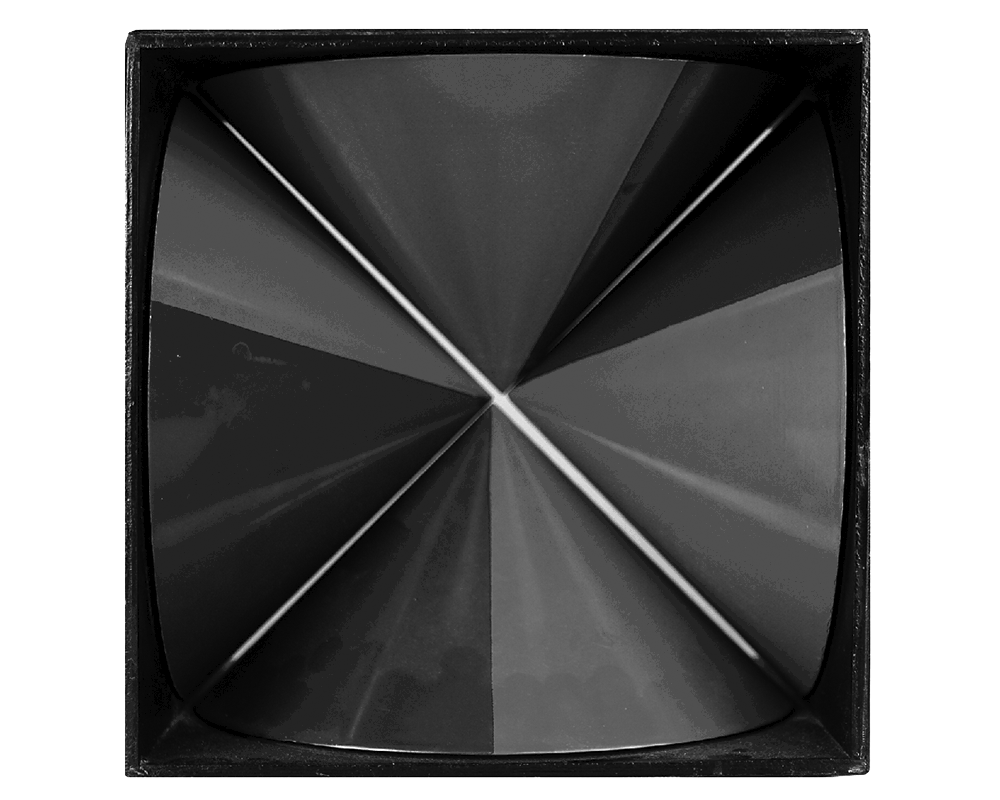 In 1965, Italian artist and designer Bruno Munari released the Tetracono [↑] with an event and exhibition at the Danese Milano showroom, inviting spectators to—quote—”... meet the Tetracono,” as if it was a person. But Tetracono is a product—an austere, 15-centimeter, black steel cube, housing four aluminum cones, each painted half red and half green, and designed to spin at four different distinct speeds on an 18-minute cycle. Its stated function was to show forms while they were in the process of becoming. My design research work around it included both historical research and also making things today. It was the result of six months spent as a design fellow at the American Academy in Rome, where I was given the time and space to investigate something. I’d been interested in this object for a good while and realized that I could talk about everything I wanted to talk about just through this one object. I also thought it’d be nice to spend six months looking at a 15-centimeter box.
So, the story begins around 1962. Munari was an artist, designer, writer, teacher, definitely an inventor, occasionally a curator. He was trained as an artist in Milan in the beginning of the 20th century. He associated himself with the Italian Futurists in the first quarter of the 20th century, but he came onto the movement late. And, in fact, he kind of quickly departed from some of their ideas.
He became increasingly disillusioned with fine art as a practice distinct from design or working in the world, at large, and was vocal about it. By 1962 he was writing a regular column in the Milan newspaper, Il Giorno. There, he called on his fellow artists to change their practice:

Today it’s become necessary to demolish the myth of the star artist.

Culture today is becoming a mass affair, and the artist must step down from his pedestal and be prepared to make a sign for a butcher’s shop (if he knows how to do it).

That was a particularly blunt statement of what he had both implied and modeled throughout his career. This was the only way for art to again make contact with the public at large.
Continues in class ...
February 28, 2022
“... meet the Tetracono”